Without doubt the most gifted player to come out of Paraguay for many a long year, the willowy striker poses a threat anywhere along the front-line courtesy of his powers of acceleration, quick feet, goal scoring poise and ability to stun opponents with moments of sheer genius. Very mature and strong-willed, he first led his country's line at the age of just 17, prompting the tag of 'Baby Goal'.

A down-side is a fragile physique and since joining Bayern Munich from Olimpia Asuncion in the summer of 1999, he has suffered more than his share of niggles and knocks. Santa Cruz badly damaged knee ligaments last autumn and is now facing a race against time to be fit for the finals, but says he is confident of making it.

Cruz's first memory of the World Cup was Germany's Andy Brehme striking the winning penalty in the 1990 Final against Argentina. He put off his knee operation by a few days last year to attend the birth of his first child. 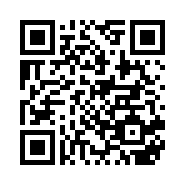